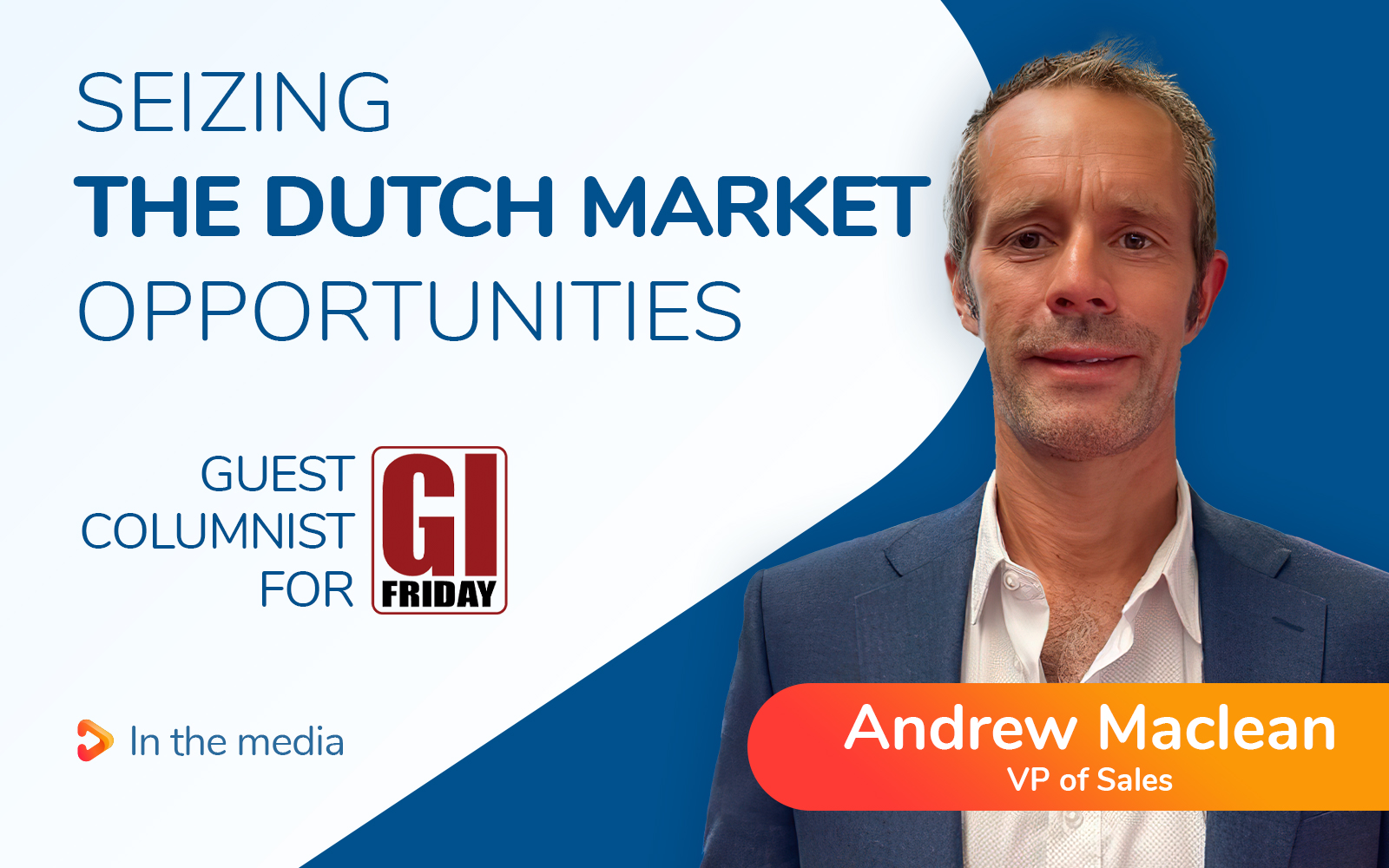 As seen in Gambling Insider

Maclean discusses the Dutch regulated market and how potential there remains high, despite the regulatory walls the country has constructed

Less than a year ago, the whole industry was waiting for the opening of the Dutch iGaming market with strong anticipation.

With a history grounded in land-based, the launch of regulated online gaming was projected to see the legal market grow to be worth €513m ($525m) of GGR in 2021. According to a report published by the Dutch Gambling Authority (KSA), the entire market – both regulated and unregulated – was set to shoot up to €1.1bn by 2024, with the aim that 80% of that figure would come from licensed operators.

After a long period of finalising the legislation, the Dutch market opened up in October 2021, and promptly saw plenty of interest and surprise from actors across the whole business,social and political spectrum.

One fact that has probably shocked a portion of the industry is how few major companies have been issued an operator’s licence in the country, and the knock-on effect this has had. We’ve only seen 19 online licences released as of Q2 2022, and while that isn’t the final state of play, it is less than was expected.

Some major names are currently not present in Holland. This puts it in a unique position, where there’s no secret that there is an appetite for gaming in the Netherlands; but the cooling-off period required by the KSA and the particularities of the national legislation demand extra patience and precise strategies, such as the acquisition of local companies and operating brands or other type of tactical partnerships.

Early data suggests that the size of the market may be smaller than expected, and with an already congested online environment. However, the current situation allows for the industry to carefully test and plan strategies that can unleash the market ́s long-awaited potential.

Having conducted extended research on the legal requirements and local player preferences, Pariplay went live in this jurisdiction as soon as it opened. When entering new markets, aggregators with experience should be advising partner operators on localised content to help studio partners be market-ready.

As the market continues to grow, it is imperative that operators bring games that appeal to the market tastes of players, rather than trying to force themes, mechanics and features down their throat that clearly don’t gain traction.

When it comes to casino content, statistics show that slots are by far the most popular casino vertical for players. In particular, the data points out that high-volatility slots,with simple traditional layouts, low number of paylines – as well as Megaways in Ways games, are comfortably the most popular. In terms of themes, there doesn’t seem to be a specific preference, though ancient civilisations and the Wild West are more often seen at the top of the charts.

The year of the World Cup also brings exciting opportunities to boost the market. Football is considered the national sport in the Netherlands, and this preference is reflected in the prevalence of online football bets over all other sports available. Is there an opportunity for cross-selling to other verticals? Most likely yes, as the World Cup tends to attract non-traditional bettors inclined to spend some extra entertainment time on casino sites while waiting between matches.

Speed to market via compliant tech

Even though game suppliers are not asked for a licence to go live in the Dutch market, they are indeed required to certify their games. How can small studios or land-based creators be ready to enter fast when strict rules are ahead? At Pariplay, we have been working hard to help providers tackle this obstacle.

Being not just an aggregator, but also a studio partner and owner of Wizard Games, we believe similarly structured companies should offer solutions that help suppliers configure their products in a simple and fast way to meet legal requirements in all types of new markets.

In addition, technology should be used to minimise development workload in getting market-ready, while being supported by compliance teams.

Large operators in our network are also expected to go live in the Netherlands this year, which is also a huge advantage for studios already integrated in our aggregation platform to reach players fast and with the right content to gain their hearts.

The Dutch experience has shown us, once again, that there is no way of knowing what the future will bring in this ever-growing industry; however, data, experience and technology can help us go very far. The real Dutch potential is yet to be discovered, and it is an exciting time for all of us to take the lead in this process.