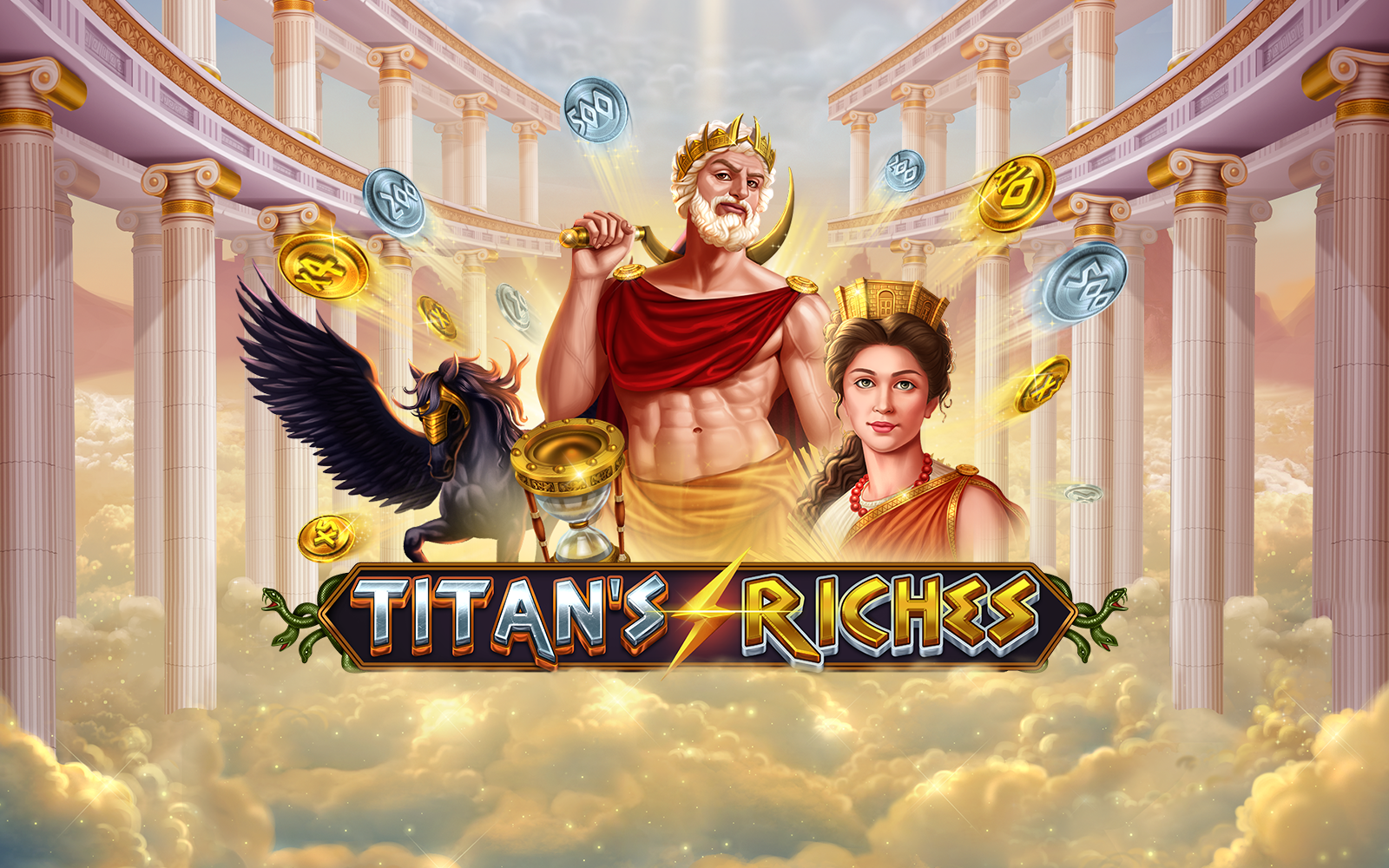 8th April 2021 – Pariplay Ltd, the leading aggregator and content provider, is inviting players to embark on an epic adventure with its new slot Titan’s Riches.

Set in a sacred place where Titans once ruled the world, before the giant gods were overthrown and banished following a ten-year war, players can uncover incredible rewards in this feature-rich title.

Titan’s Riches is a 5-reel, 3-row video slot featuring 20 paylines. Players can start racking up wins through the Descending Wild Respins which are triggered every time a Wild appears on the reels. In addition, the Wild on Wild feature brings added excitement by bringing expanding Wilds that cover the entire reel.

Collecting silver and gold coins is the key to activating the Titan’s Riches feature. When six or more silver coins have been acquired, the coins are randomly distributed on the reels with each taking on a random credit prize, while any collected gold coins each one has a random multiplier value. The coins hold their positions for three respins, which are reset every time a piece of further treasure falls into place.

Titan’s Riches, which also hosts a Free Spins feature for extra excitement, is released today April 8th, and immediately available to all of Pariplay’s operator partners.

“With its sumptuous presentation and rich rewards, players can enjoy a heavenly experience should they manage to land an alluring prize within the Titan’s Riches feature.”

As well as its own games, Pariplay aggregates thousands of others from some of the industry’s best-known studios on its Fusion™ platform, which is also equipped with a range of conversion, retention, and tool mechanics.

The platform is now licensed in more than 16 regulated markets.

Pariplay is a leading aggregator and content provider, founded in 2010. The supplier offers innovative products such as the Fusion™ aggregation platform and the Ignite studio development programme. Pariplay’s Fusion™ aggregation platform features thousands of games from the industry’s leading games developers and a suite of back-office conversion and retention tools that enhance player value.

Pariplay also boasts its own game development studios with a range of 120+ innovative and entertaining slots. Now part of the Aspire Global Group, Pariplay has offices in Malta, Israel, Bulgaria, Gibraltar, and India and is licensed and regulated by the Gibraltar Gambling Commission, the MGA, the UKGC, the Romanian National Gambling Office, and the New Jersey DGE.

As a B2B provider of RNG games, Pariplay takes responsible gaming very seriously and has implemented policies and tools within its systems and games to provide industry-leading entertainment in a socially responsible manner.