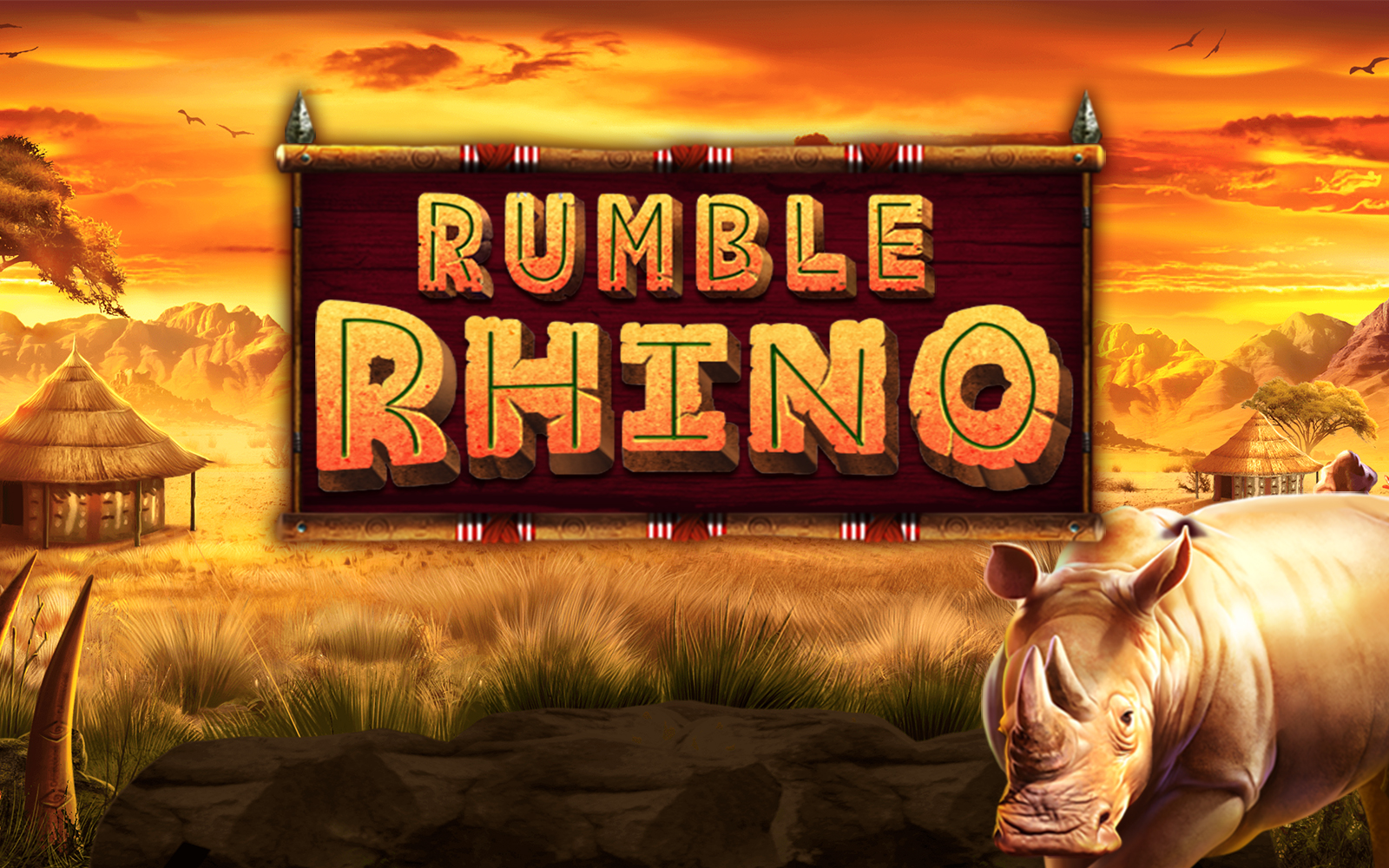 13th of March 2019 – Pariplay Ltd., a gaming technology company serving iGaming operators, land-based casinos and lotteries, has launched Rumble Rhino, a new online video slot designed to take players on a journey through the raw beauty of the African landscape. More than just a great gaming experience, 10% of all Pariplay’s profits from the Rumble Rhino game will be donated to Save the Rhino International (SRI), a UK-registered charity with a mission of protecting endangered rhino species.

Pariplay’s Rumble Rhino offers players 100 paylines, along with the exciting “Mystery Mask” feature, which provides the potential for massive winning combinations, wilds, scatters, a 4×4 symbol, a bonus game and free spins. Players can expect to find the game as captivating as the incredible scenery and the animals inhabiting it, such as ambling zebras, towering giraffes and, of course, the endangered Rhino itself.

Rumble Rhino offers a lucrative 95.52% return-to-player (RTP) rate and is designed for a global audience with over 20 different languages available. To further optimise player enjoyment, the game was developed in HTML5, allowing for gameplay on both mobile phones and desktops. The game’s mobile portrait mode also allows players to easily switch to one-handed gameplay.

Certified by gambling regulators in the UK, Isle of Man and Malta, the slot is the latest addition to Pariplay’s growing portfolio of over 100 online casino games. Alongside its original and branded slot titles, the company also provides a selection of online scratch cards, bingo games and instant win titles.

Rumble Rhino players will be greeted by a scenic introductory video that further expands on the collaboration with SRI. This is followed by a prompt informing them that 10% of all Pariplay’s profits from the Rumble Rhino game will be donated to Save the Rhino International – UK Registered Charity No. 1035072, with a guaranteed minimum of €10,000.

Richard Mintz, Commercial and Marketing Director at Pariplay, said: “We’re excited to partner with SRI for the release of Rumble Rhino, which gives players a rewarding gameplay experience with the added benefit of contributing to a thoroughly deserving charity and an admirable vision. We’re always looking for ways to innovate and makes our games stand out – Rumble Rhino is a prime example of that effort.

About Save the Rhino International (UK registered charity: 1035072)

Save the Rhino International’s mission is to collaborate with partners to support endangered rhinos in Africa and Asia. Save the Rhino does this by the following strategies:

About Pariplay Ltd.
Pariplay Limited is a leading provider of Internet Gaming Systems, offering state-of-the-art, in-house developed gaming platforms and Internet games as well as integrated third-party games from leading industry companies. Founded in 2010, our team has over 70 gaming experts with offices in Tel Aviv, Israel, Sofia, Bulgaria, Gibraltar, Isle of Man and India, built to support our customers’ requirements in a dynamic and competitive environment.